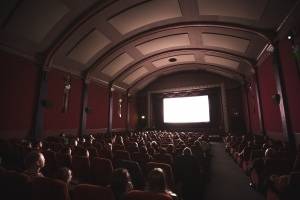 We the undersigned filmmakers and filmworkers wish to voice our belief that the present system of film production/distribution/exhibition works to the extreme disadvantage of the Canadian filmmaker and film audience. We wish to state unequivocally that film is an ex-pression and affirmation of the cultural reality of this country first, and a business second.
We believe the present crisis in the feature film industry presents us with an extraordinary opportunity. The half-hearted measures taken to date have failed. It is now clear that slavishly following foreign examples does not work. We need public alternatives at every level in the film industry. We must create our own system to allow film-makers the option of working in the creative milieu of their choice.
We insist that the various governments of Canada implement the necessary policies to provide an alternative and a complement to the private production capacity in the Canadian feature film industry by providing a public mechanism and the resources to fully finance Canadian features.
Therefore, we call on the federal government in cooperation with the provincial governments:
1. To create a public production capacity that will allow full financing of Canadian feature films.
2. To create a public distribution organization with broad responsibilities for promotion and dissemination of Canadian films here and abroad.
3. To create a quota for Canadian films in theatres across the country.